Successor of the Bauhaus Two generations of artists in East Germany

By the time the “New Bauhaus” in Chicago opened its doors in 1937, nobody could foresee if and when this art movement, dissolved in 1933 under National Socialist pressure, would return to Germany. Surprisingly one could find its strongest successors neither in Weimar, nor in Dessau or Berlin but at the Burg Giebichenstein Art School in Halle (Saale).  Many artists from Weimar had moved there in the early 1930s. Their legacy and inspiration even survived the change if political regime from the Nazis to the Communists. One generation after the original Bauhaus influential artists like Lothar Zitzmann, who had held a professorship for basic artistic studies worked there since the 1960s. In this cultural niche he could even his own design theory, that originated in the Bauhaus program. In the post-war years, former Bauhaus students, some of them progressed to a teaching position, had scattered all over Germany to institution like the art academy Berlin-Weißensee. Their work and their ideas influenced artists, sculptors, and above all designers, in the spirit of the Bauhaus. 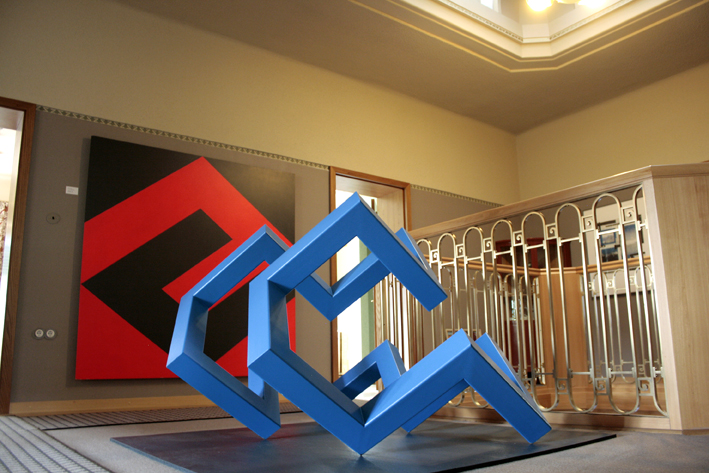